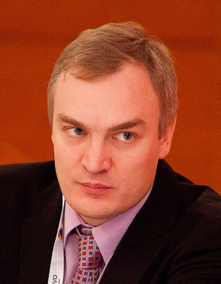 Pavel Luksha is a professor of practise at the Moscow School of Management SKOLKOVO. Pavel has managed educational programmes for leaders in innovation, future education and R&D particularly in nuclear, electric power, oil and gas industries, etc. Pavel is an initiator of the Club R&D directors established in 2010 under the auspices of the Moscow School of Management SKOLKOVO, the State University – Higher School of Economics, Russian Venture Company and the Ministry of Economic Development of the Russian Federation.

Pavel is a member of the Expert Council of the Agency for Strategic Initiatives established by the President of the Russian Federation. Since 2008 Pavel has been working on the development of the education system in cooperation with the Agency for Strategic Initiatives, the Ministry of Education and Science of the Russian Federation, Open Government and others. In 2012-2013 Pavel co-organised one of the largest projects in the world aimed at teaching to think about the future – Foresight Fleet.

Since 2010 Pavel Luksha has managed foresight education project including foresight of higher education and the global report on the future of education (report has been published in 2014). Pavel is a project manager and one of the co-authors of «Atlas of new professions» published jointly by the Moscow School of Management SKOLKOVO and Agency for Strategic Initiatives. Since 2012 Pavel has managed technological skill foresight project. Since 2013 within the framework of cooperation between Russia and International Labour Organisation Pavel has managed the development of an international method of the technological skills foresight for its implementation in developing countries (pilot projects are carried out in Armenia and Vietnam). Besides, Pavel is a co-author of Rapid Foresight methodology successfully implemented in the national expert evaluation strategies as well as in dozens of projects elaborating road maps for the development of business, territories, industries and sectors of economy.

Prior Pavel worked in both strategic management and integrated change management. He held senior positions in the automobile company Sollers and Severstal Group; he was a member of the Board of Directors at Zavolzhsky Engine Plant. Pavel worked in the sphere of professional services for such international companies as Accenture, Alvarez & Marsal, Arcadis Euroconsult; he was engaged in investment strategy in the international private investment fund and conducted his own business (Consulting and HR).

Pavel holds MA in economics at the State University – Higher School of Economics and PhD in economics at the Central Economics and Mathematics Institute, RAS. Pavel conducts research projects in both strategic management and organizational development within the Research Group of organizational evolution at the University of Hertfordshire. Pavel’s papers have been published in the leading international scientific journals on strategic entrepreneurship, evolutionary economics, social cybernetics, etc. The monograph entitled «Self reproduction in evolutionary economics» has been published in Russian (Aletheia, 2009).