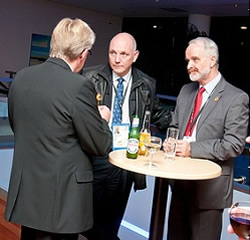 Mr Marcos Pontes, WorldSkills Ambassador, gave an inspirational speech regarding his journey to follow his dreams to become an Astronaut, and about the importance of saying “OK” when opportunities arise to make a difference. A total of seventy representatives from WorldSkills Global Industry Partners, Board Members and delegations from around the world exchanged ideas and shared experiences at this event.