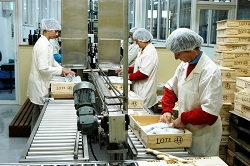 With a population of over 200 million people and a land area of over 8,500 km2, these facts are just part of the grandeur of Brazil, the largest country in South America and, in the coming years, the host to some major international events: the World Cup in 2014, the WorldSkills Competition in 2015, and the Summer Olympic Games in 2016.

According to the International Monetary Fund (IMF), the Brazilian economy is the largest in Latin America, the Southern Hemisphere and the seventh largest in the world.

Brazil is one of the so-called emerging markets: it is the "B" of the BRICS group and a member of several economic organizations, such as MERCOSUL, UNASUL, the G8+5 and the G20.

It has an enormous and varied industrial sector, with products ranging from consumer goods to advanced technology. The primary examples of industrial output are automotive, petrochemical, chemical, food, non-metallic minerals, soy, textiles, garments, metallurgical and mechanical.

Learn about some of main features of the Brazilian economy:

Due to the fact that they are hosting the 2014 World Cup, the country's economy will become even more heated, with the generation of 930 business opportunities in the 12 host cities in all the regions. The Opportunities Map from the Brazilian Service of Support for Micro and Small Businesses (Sebrae) encompasses nine economic sectors: agro-business, retail trade, construction, wood and furniture, creative industries (craftwork, food, entertainment, etc.), fashion (textiles and garments), services, information and communication technology (ICT) and tourism.

With so many generated opportunities and large investments in infrastructure, hotel chains, education, among others, the expectation for economic growth is great. According to recent research from the Ministry of Tourism, the additional boost to GDP should reach up to R$30 billion (EUR9.96 billion).