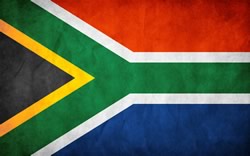 The South African Member of WorldSkills International will be officially launched at the College of Cape Town, Pinelands Campus on Thursday, 18 April 2013. The President of WorldSkills International, Mr Simon Bartley, and South African Deputy Minister of Higher Education and Training, Mr Mduduzi Comfort Manana, are the keynote speakers. It will focus on directing the Department of Higher Education & Training to take on a leading role in re-positioning WorldSkills South Africa as the driving force for the promotion of world-class vocational skills in South Africa. Through WorldSkills, South Africa will gain maximum benefit from the exchange and comparison of world-class competency standards in the industrial trades and service sectors of the global economy.