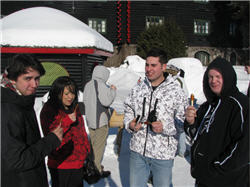 Preparing to take on the World! September 1-7, 2009, Calgary, Alberta - Canada
38 Canadian youth skilled in trades and technology are preparing for the biggest event of their lives! Having recently met for the second time in Montebello, Quebec, they are building team spirit and creating some essential support systems that will enable them to take on some of the challenges and stresses that they may face at the WorldSkills Competition. Skills/Compétences Canada, as the Canadian Member organisation to WorldSkills International, endeavours to provide their Competitors with valuable tools and resources to facilitate their journey and make it an experience that is constructive and meaningful.

Just like Olympic athletes, Competitors spend countless hours training in the months leading up to the WorldSkills Competition. With the help of industry leaders and/or faculty members of secondary schools, colleges or polytechnic institutes, Canadian Competitors train through practical experiences and mental conditioning towards achieving success on this world trade and technology stage.

Not only are they training and mentally preparing for this event, but as hosts to 1000 competitors from 50 countries around the world, they are ambassadors for the rest of the nation and feel the pressure of giving the best performance of their lives. The pressure is on! 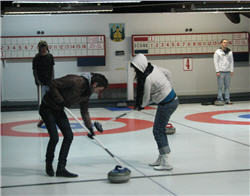 The ultimate goal of this global event is to inspire young people to pursue a career in the trades and technology areas. It is an opportunity for youth from around the world to truly appreciate trades and technologies occupations as first choice careers, and to understand the many opportunities that these can provide. More than 150,000 Canadian students and other spectators are expected to attend the event at Stampede Park in Calgary, Alberta.

“It enables the best of the world’s young skilled people to motivate and inspire successive generations to see that vocational skills can lead to secure and fulfilling lives in a fast-changing competitive world.” Says WorldSkills International President Tjerk (Jack) Dusseldorp.

It is not only about seeing the Competition first hand, but also trying a skill first hand. Besides boasting a large trade show in the Global Skills Village, this extraordinary event will showcase Skills City which will house the Try-A-Trade and Try-A-Skill demonstrations which allow students visiting the event to test drive dozens of trades and technology career options under one roof. These demonstrations were created as an approachable platform for students to try their hand at a skill while connecting with experts from that field. 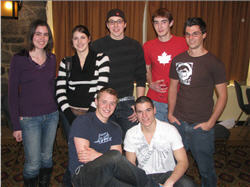 The Worldskills Competition to be held in Calgary on September 1-7, 2009 will be the city’s largest international competitive event since the 1988 Olympic Winter Games. The organising committee, Worldskills Calgary 2009 Ltd., is leading event coordinationwith support from WorldSkills International, Skills/Competences Canada, and Skills Canada Alberta. Along with numerous sponsors and suppliers, the major event funding partners include: Government of Canada, Government of Alberta and The City of Calgary.